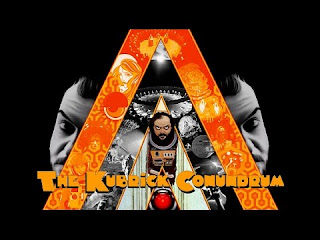 The podcast of Programme 237 is now available here to listen or download: (podcast removed).
And: https://archive.org/details/Prog209.

This week on the HPANWO Show: Carl James, a researcher and author who explores mysteries, conspiracies and alternative knowledge. He is very interested in the esoteric messages in the works of the film director Stanley Kubrick, see: http://thetruthseekersguide.blogspot.co.uk/.
Also: All the latest news, details of upcoming events and space weather.
Posted by Ben Emlyn-Jones at 22:34 1 comment: 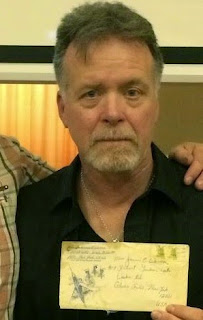 This week on the HPANWO Show: the return of Larry Warren for an extended interview in which he give us an update of his experiences since he last appeared on the show; and to discuss the supposed evidence against him presented by his critics. See here for Larry's previous appearance on the HPANWO Show: http://hpanwo-radio.blogspot.co.uk/2016/07/programme-197-podcast-larry-warren.html.
Also: All the latest news, details of upcoming events and space weather.
Posted by Ben Emlyn-Jones at 00:17 No comments:

A graphic designer called Craig Smith has produced a new draft for the Third Rail Radio logo. He previously produced a lot of the artwork for Mind Set Central. I consider this logo, frankly, far better than my own effort, see: http://hpanwo-radio.blogspot.co.uk/2017/05/third-rail-radio-coming-soon.html and so do the rest of the team. This is probably the one we'll use.
Posted by Ben Emlyn-Jones at 20:03 No comments:

Regular listeners will all by now have heard the sad news that the Mind Set Podcast is no more, see here for details: http://hpanwo-radio.blogspot.co.uk/2017/05/the-end-of-mind-set.html. I stated in that article that I was thinking about starting a new independent station with a similar format to replace Mind Set. I've been talking to the ex-Mind Set team and some of them are very keen on the idea. I know from the Mind Set listeners' woeful consternation at the demise of the show they love, that they will greet this news enthusiastically. Therefore we've got straight to work and have already drawn up a few plans. I have designed a logo that we're all pleased with, see above. Oddly enough the name "Third Rail Radio" just popped into my head while I was travelling on the London Underground on Sunday morning as I returned home from the UFO Truth event (See: http://hpanwo-voice.blogspot.co.uk/2017/04/ufo-truth-magazine-southern-conference.html) several hours before I got home and found out the awful news. I thought it was a good metaphor for a UFO/conspiracy/paranormal station. A third rail is part of an electric railway, a system for providing power to a train locomotive as it is in motion along its track. As a result it carries a powerful electric current and is not insulated, so anybody who touches it while it is live will suffer a huge electric shock. This could symbolize dangerous knowledge or news stories that conventional society ignores to protect itself from fatal shocks of a different kind. It was this thought that led to the subtitle: "Prepare to be SHOCKED!" I've also come up with the slogan: "Dealing with topics the mainstream media doesn't dare touch!" Third Rail Radio will lead with a programme very similar to the Mind Set Podcast. It will be a round table discussion show addressing mostly current affairs and its panel members will be some of the former MSP crew whom you're all familiar with. We have a lot more arrangements to make and work to complete, but we hope to have Third Rail Radio active and broadcasting as soon as possible. Please watch the HPANWO Radio blog for future updates.
Posted by Ben Emlyn-Jones at 18:36 2 comments:

The End of Mind Set 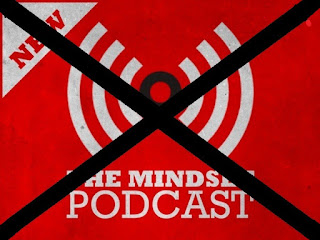 On Friday last week Gareth Davies, the creator of Mind Set Central, suddenly announced the cessation of all the programmes on the station, including the weekly Mind Set Podcast which I take part in at every opportunity. I was away in when he posted this notice and so only found out about this on Sunday afternoon just before we recorded the final show, see: http://hpanwo-radio.blogspot.co.uk/2017/04/ben-emlyn-jones-on-mind-set-podcast-147.html. He feels that we are not making progress. In his view, the world is still just as awful as it was when he started. 9/11 is now really just another piece of history and the boost it gave to public awareness has dissipated. Public interest in UFO/conspiracy/paranormal issues has declined during the last decade. I was pretty stunned when I heard this and didn't know what to think at first. I understand Gareth's point of view in the sense that he is the one who does most of the work at what can sometimes be a thankless task. He organizes the programme material, edits the recordings, uploads the files and publicizes them. For the rest of us, especially for Reeves and me, the recording schedule every Sunday is at least at a reasonable time of day. Gareth lives in and so gets up at . He must long for a Sunday lie-in like most other people get. However, I don't think we've made no progress. A lot of my recent observations should give us hope. The response from the listeners has been shock and dismay. A lot of people really enjoy the Mind Set Podcast and they will miss it badly. So will I. Not only has the Mind Set team produced many excellent shows, but for us it's a social routine. Although we live thousands of miles apart and I've never met any of them except Gareth and Alex Fate; we've become good friends. I intend to stay in touch with them all. I regret not making more of The Poker shows now and wish I had put in more of an effort to prioritize producing them. The website will remain up and the 325 Mind Set Podcasts will still be available on the archive, in which I feature on over half of them. There are also the many Mind Tech, Nervous Teeth, Radio Hour, Mind Set Live, Journey Inward and Paratalk shows; all there for you to continue enjoying. What's more, Gareth has not completely closed the door. He says he will reconsider in a few months or a year or two's time and maybe think about relaunching. If so then I'll definitely want to be on board. I'm also considering getting the old team together and starting a new station independently with a similar round table format show. If anything comes of that I'll let you know. In the meantime, I'd like to thank Gareth for his effort for all these years, as well as the other panel members, past and present. I feel no resentment towards Gareth; I sympathize with his position and wish him luck for the future. Thanks, and also apologies, to everybody who has listened and supported the Mind Set Podcast for all these years.
Posted by Ben Emlyn-Jones at 18:35 7 comments: