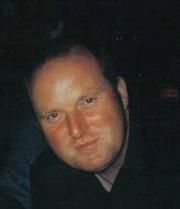 Programme 1 is now on the air! Critical Mass Radio was launched today, Monday, May the 28th 2012. Because my show was prerecorded it is not yet available as a podcast, but it is being played with the other host's show, who does prerecorded shows, in a continuous loop on the CMR website. To listen to the loop just start the player at the bottom of the homepage, when the live shows are not playing, and my show will be played within an hour or two, if you don't actually catch it straight away.
See: http://www.criticalmassradio.co.uk/
If it gets podcasted I will post a link. Also the feed can be downloaded with RealPlayer. Just install it on your PC and then right-click on the player on the page. Then select: "Download clip with RealPlayer"