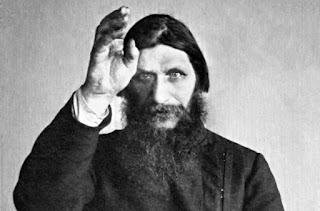 The podcast of Programme 218 is now available here to listen or download: (podcast removed).
And: https://archive.org/details/Prog209.

This week on the HPANWO Show: a special programme about Grigori Rasputin to mark the centenary of his death. Rasputin was a Russian mystic from with an unprecedented inner spiritual power. He rose quickly from an obscure peasant monk to become one of the most influential people in the world before he was assassinated on . Who killed him and why? And what would have happened if he had lived on?
Also: All the latest news, details of upcoming events and space weather.
Posted by Ben Emlyn-Jones at 22:33