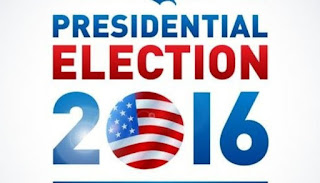 The podcast of Programme 210 is now available here to listen or download: (podcast removed)
And: https://archive.org/details/Prog209.

This week on the HPANWO Show: a special programme about the upcoming US Presidential Election. This is one of the most contentious and unusual elections in American history. Hillary Clinton and Donald Trump battle against each other for the White House. Who will win?... Or a more important question: who is MEANT to win? This feature includes an interview with Niall Murphy a musician and researcher into all matters from the spiritual to political to economic. He is the host of Shamanic Freedom Radio where he goes by the name "Opaquelens", see: http://shamanicfreedomradio.podomatic.com/, I was a guest on his show in Episodes 31, 97 and 98. See here for Niall's previous appearance on the HPANWO Show: http://hpanwo-radio.blogspot.co.uk/2016/08/programme-198-podcast-brexit-show-with.html.
Also: All the latest news, details of upcoming events and space weather.
Posted by Ben Emlyn-Jones at 23:03