The Lake Drain- a cyberscreening 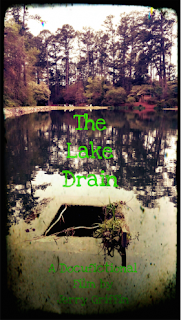 I would like to invite all HPANWO Radio listeners out to the movies... albeit only on the internet, like so much else is these days. The Lake Drain is a surreal and imaginative drama/documentary that was nominated for a Bases Project Film Festival Award® in 2015. It explores the concept of deep underground military bases, covert mind control, doomsday weapons, interdimensional portals and extraterrestrials. I have recorded an interview with the film's director, Jerry Griffin, see: http://performancegalleryfilms.com/2015/05/07/the-lake-drain-film/. This interview will be played on a forthcoming HPANWO Show broadcast, probably early in the New Year. In the meantime Jerry and I have arranged an online private screening of the film for all HPANWO Radio listeners before the show. To book your place at the screening simply send an email to the distributor: performance.gallery@gmail.com. It is free of charge. The password once learned can never be forgotten!:  "HOSPITAL PORTERS ROCK"; include this in the email. You will then receive a reply with a link to a page where the film can be viewed; there is no time limit so you can watch it whenever you choose. Please do not publish this link or share it without consideration. By watching The Lake Drain before listening to my interview with Jerry Griffin you will enjoy the radio programme a lot more.
See here for background: http://hpanwo.blogspot.co.uk/2015/08/bases-2015.html.
Posted by Ben Emlyn-Jones at 10:29