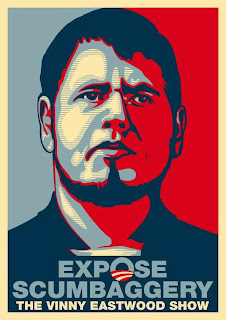 This Tuesday evening on HPANWO Radio: Vinny Eastwood, a fellow radio broadcaster who covers the opposite side of the world in . His programme The Vinny Eastwood Show monitors and analyses all the cruel and deceitful machinations, the "scumbaggery", of the New World Order elite, but also tries to keep up the spirits of those who fight against them with light-hearted humour and fun, see: http://www.thevinnyeastwoodshow.com/.
I was a guest myself on Vinny's show recently, see: http://hpanwo-voice.blogspot.co.uk/2013/10/ben-emlyn-jones-on-vinny-eastwood-show.html.
Also: BBC says conspiracy theories destroy democracy, chemtrail planes captured and much much more.

Tune in at on Tuesday the 5th of November. Please go to this page to listen: http://www.criticalmassradio.co.uk/.
(Please support your CMR here: http://isupportcmr.wordpress.com/2013/06/18/i-support-critical-mass-radio/)
Posted by Ben Emlyn-Jones at 00:15